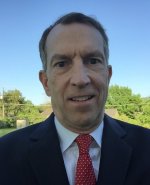 He has served many leadership roles including:

Dr. Plump is married with two daughters of whom he is very proud.He enjoys spending time with family, playing golf and tennis, and his association with Big Brothers/Big Sisters and Honor Flight DFW.

Dr. Plump is a member of the following professional organizations: